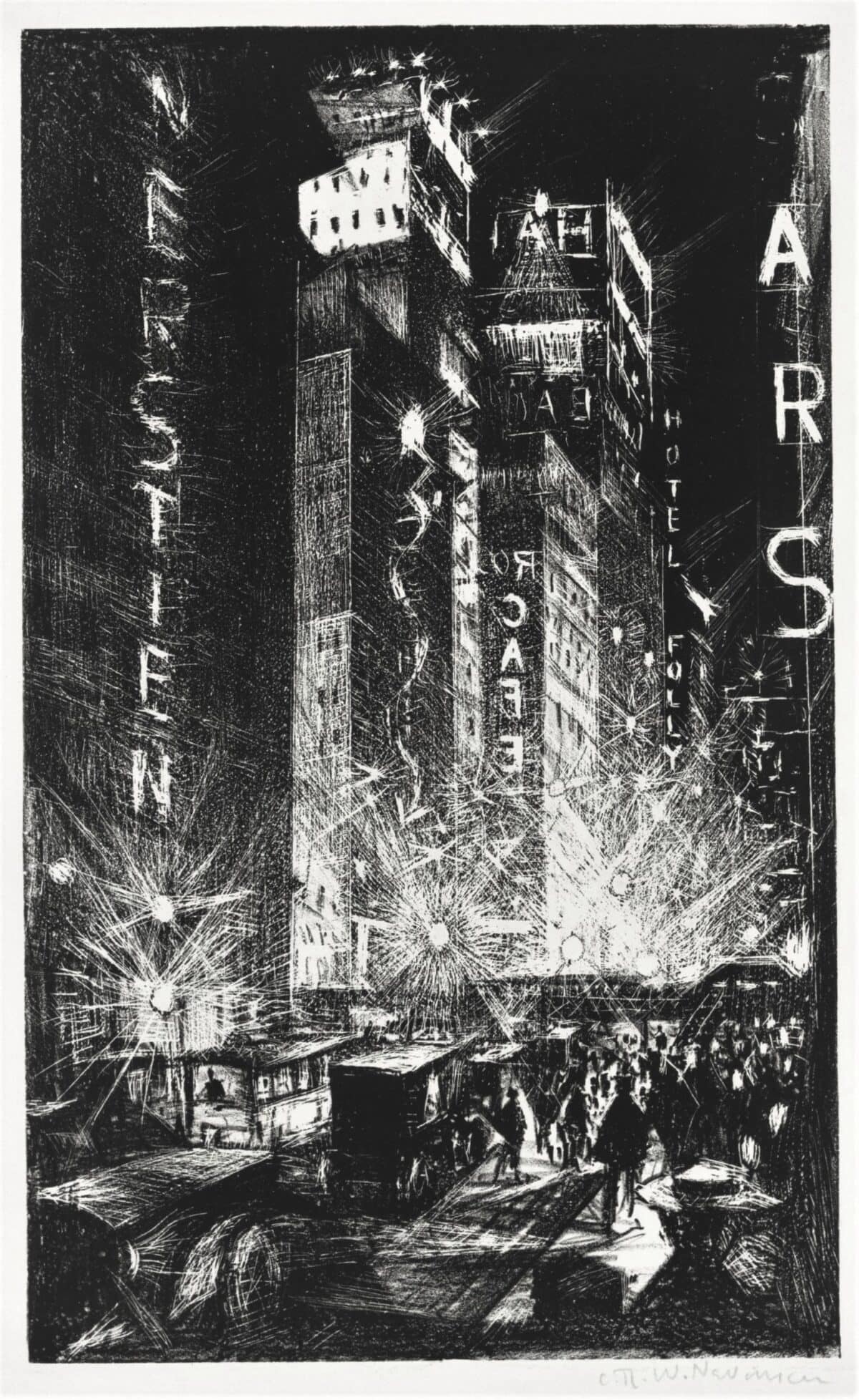 Christopher Nevinson created a series of drypoints, mezzotints and lithographs of New York in 1919 and 1920, inspired by the city’s vibrant modernity. This extremely rare nocturne is one of the finest, in which he captured the teeming masses and towering skyscrapers with stark black and white contrasts. Samantha Ripper wrote in Urban Life/Urban Dynamism, “[Nevinson] worked from dark to light, laying down broad planes of black ink to establish the basic structure of the composition and then scratching away areas with a scraper to create highlights that define the forms of the buildings and activate the electric signs.”

The 1920 print celebrates the spectacle of the theater district of New York City just before prohibition. The district earned the nickname The Great White Way because it was the first large section of street to shift from gas lamps to electric lighting in the entire country. Not only did this change bring bright lights and fanfare to the Broadway marquees but it helped change social customs, making it acceptable for solitary women to be out after dark in that area.  Soon after acquiring this print, the Great White Way in New York went dark for only the second time since its first illumination. The first time was during WWII and now as we battle the coronavirus.