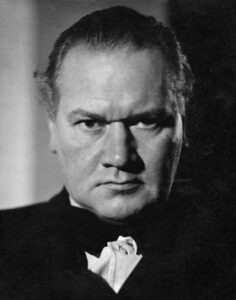 Scroll down to view artwork currently in inventory.

Christopher Wynne Nevinson (1889 – 1946) was a painter,  etcher, and lithographer of landscapes, town scenes, and figure subjects. However, it is as a war artist, painting battlefield and London scenes illuminated by searchlights, for which he is most renowned.

London during Nevinson’s years at the Slade was a hotbed of radical thought and artistic styles and theories, while Walter Richard Sickert (1860 – 1942), founder of the Camden Town School, was a hugely influential figure for younger artists. Signor Marinetti’s visits to London in 1910 and following years introduced the Futurists and their Manifesto to an audience of young artists eager to absorb a new creed, while Roger Fry’s exhibition, ‘Manet and the Post Impressionists’ of 1910 – 11, caused an uproar in the artistic establishment. Nevinson, drawing inspiration from these disparate sources, became a significant member of the avant-garde movement and later, a signatory to the Futurist Manifesto published in England in 1914, thereby alienating himself from the majority of his contemporaries.

Nevinson first exhibited in London in 1910 and became a founder member of the London Group, formerly the Camden Town Group, in 1913, exhibiting with Sickert, Camille Pissarro, Edward Wadsworth, David Bomberg, Sylvia Gosse, and Paul Nash. In 1915 the ‘Vorticists’ held their only group show at the Dore Gallery. Developed by Wyndham Lewis from ideas of the Futurists, of whom he was highly critical, the movement included Gaudier Brzeska, Jacob Epstein, William Roberts, David Bomberg, and Christopher Nevinson.

In 1914, Nevinson volunteered for the Red Cross, being discharged in 1916, and in 1917 he was appointed an Official War Artist, continuing to produce bleak and chilling images of the battlefields and the skies above.

In 1919, Nevinson made the first of a number of visits to New York, on arrival commenting to a journalist that “New York was built for me”. His spectacular views of skyscrapers and the city streets viewed as canyons are among his most dramatic works. In 1929 Nevinson was elected a member of the New English Art Club; in 1932 to the Royal Society of British Arts and in 1939 an Associate of the Royal Academy.