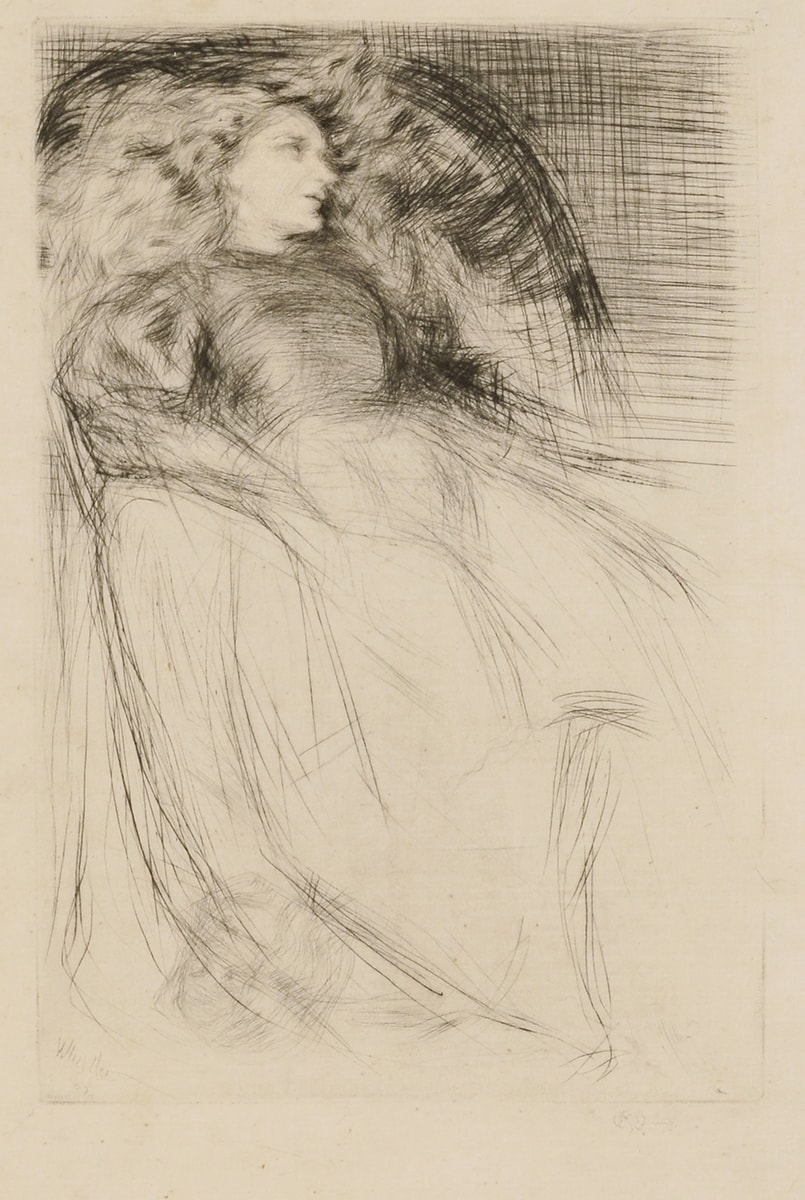 Kennedy 92 ii/iii; Glasgow iv/vi, before the erasure of the date and further work on the top of the chair.
Drypoint and roulette on thin wove paper.
Signed in pencil with the artist’s butterfly
monogram and ”imp”.

Selected as Collector’s Choice at the London Original Print Fair by Catherine Daunt, the Curator of Modern and Contemporary Prints and Drawings at the British Museum. “With the exception of this print, I have remained in the 20th and 21st centuries, but I had to include this drypoint by Whistler, an artist whose influence as a printmaker has been profound. Looking at this image, I can almost hear the sigh as Whistler’s model, Joanna Hiffernan, sinks into her armchair, her hair undone, her limbs heavy. It is a fleeting, intimate moment, captured with urgent drypoint lines. At the bottom left, a ghostly head from a previous composition provides a tantalizing insight into the history of this particular copper plate.”

This romantic study of Joanna Hiffernan, Whistler’s mistress, is one of the artist’s most celebrated prints and is extremely rare, especially signed with the butterfly. Jo Hiffernan was also the model for his famous painting, Symphony in White, No. 1: The White Girl.  Harris Whittemore purchased both the painting and this lovely impression of Weary. During the early 1860s Whistler was closely associated with the Pre-Raphaelites and Weary shows the influence of Rossetti.