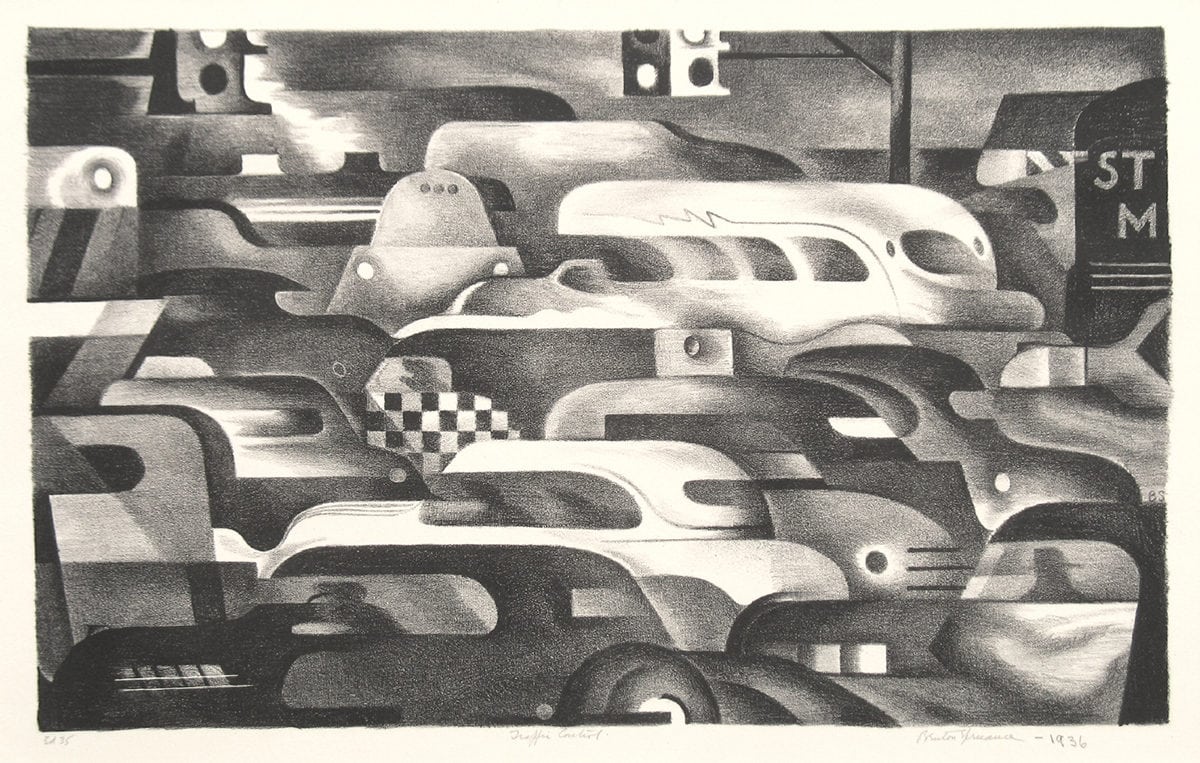 An extremely rare print, Traffic Control is considered Spruance’s finest accomplishment in printmaking.  He created several prints on the theme of congestion and dangers of  automobile transit.

Quoting Lloyd Abernathy in Benton Spruance, the artist and the man:
‘Many works were also given over to the dynamics and perils of modern transportation . . . Automobiles were caught in massive traffic jams or, in one unnerving comment on holiday fatalities, crushed human bodies beneath their wheels, ‘I am completing ‘Traffic Control’ for this reason,’ he reported to Zigrosser, ‘that aided by you, I’ve put on stone three subjects not being done by anyone else – football, automobiles and fencing . . .’