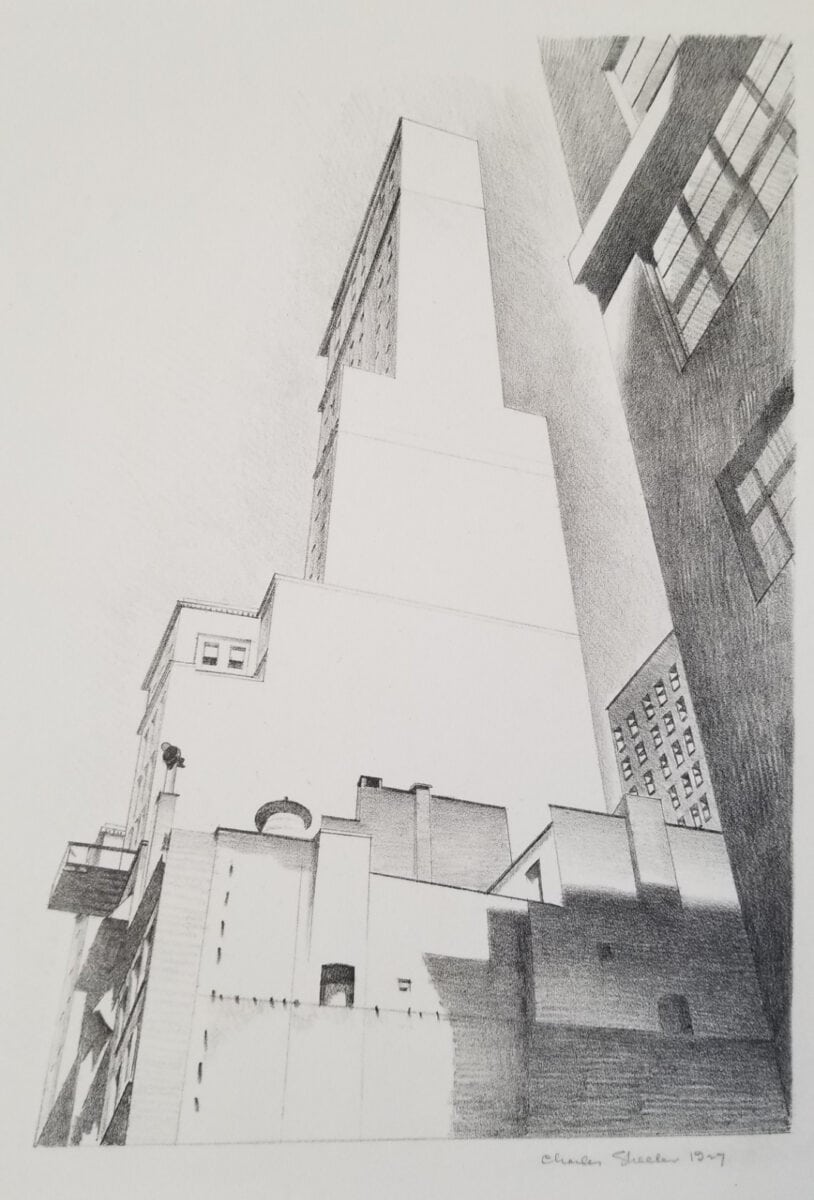 Charles Sheeler’s Delmonico Building is a quintessential example of “American Precisionism of the 1920s, translated to lithography. A landmark hotel in New York City at the time, the Delmonico was a towering midtown skyscraper, admired for its setback form. The building typifies the kind of structure that Sheeler and other American artists working in the hard-edged, planar, and geometric style known as Cubist-Realism, and later called Precisionism, found inspiring.” MoMA