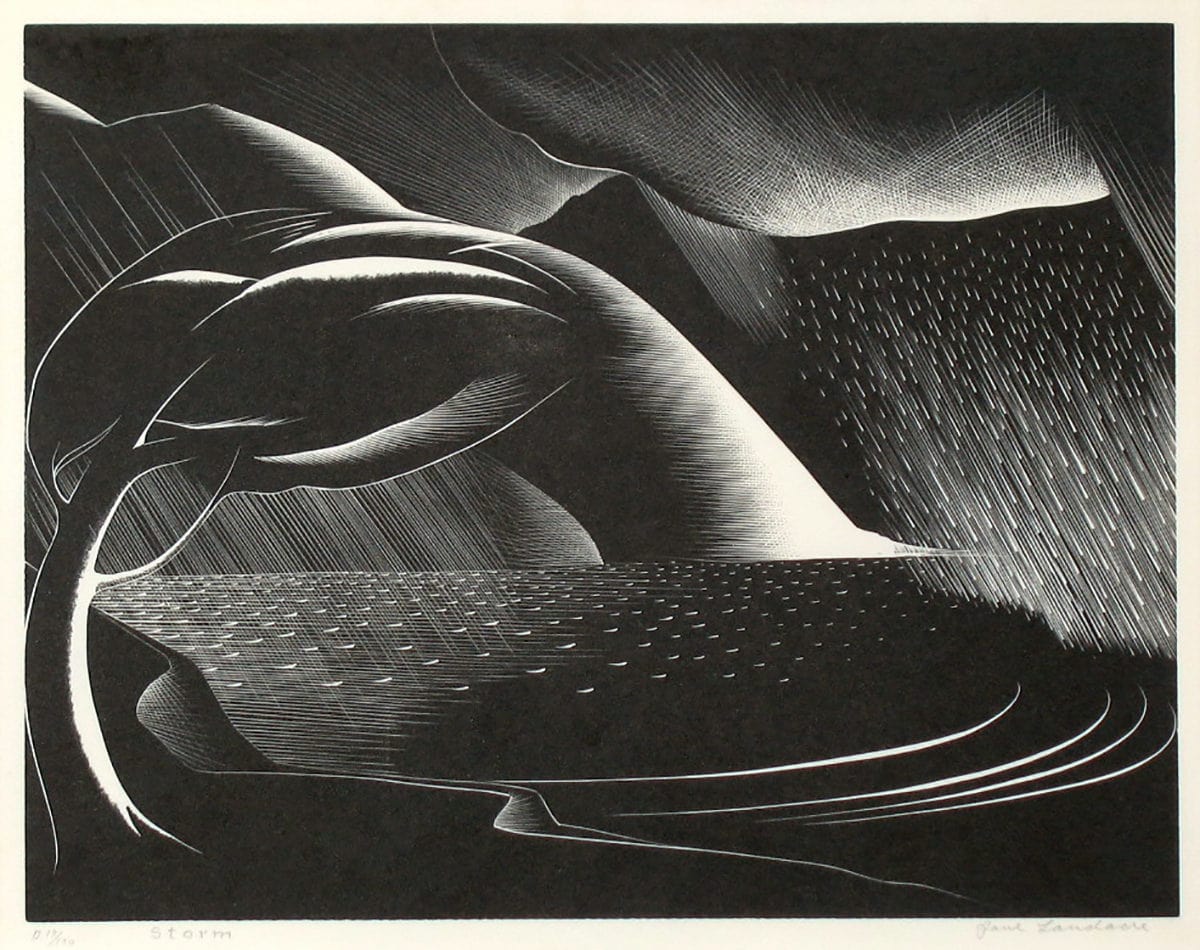 This rare wood engraving is in fine condition apart from a pale sign of an earlier mat.  Hilary Roberts wrote that what makes Landacre’s work so appealing is the balance between his exacting perfection of line on the one hand and the unrestrained exhilaration in his forms on the other.

Storm is one of Landacre’s best and most sought-after prints.  He was interested in dramatic weather and Storm reflects his move towards greater abstraction than his earlier, more traditional California landscapes. He has taken artistic liberty to combine various natural elements: rain, clouds, a lake, a windblown tree and a mountain ridge. He has continued the beautiful curve of the tree with the sunlit ridge of a mountain, a  diagonal which extends to the upper left of the composition.  With this landscape, Landacre was not trying to reproduce a specific location and instead he reduced the composition to organic, sinuous forms, which are sensitively rendered with his meticulous woodcutting technique.